The Patent Right – and the Parable of the Pencil

What Right Does a Patent Give You?

To get everyone on the same page, let’s talk about what a patent right is, and is not. A patent is a grant of a right. That right is the right to exclude. This is important to understand. A patent right does not grant you the right to produce and sell your own invention. You may have that right, but you did not get it from your patent. I have found in my practice that this is one of the principle areas of confusion for someone approaching patents for the first time. This is so important to understand that I would like to tell you the Parable of the Pencil.

The Parable of the Pencil 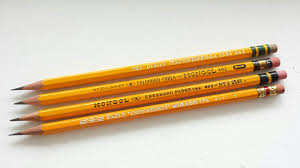 Imagine a time before the pencil was invented. Writing is done by quill pens dipped in ink. Writing can be messy. Spills of ink. Blobs of ink on the page. Do-overs.

A bright inventor (George) looks at this problem and decides to solve it. He retires to his workshop and develops the pencil – a wooden rod with a hollow core filled with graphite. You can carry it in your pocket – write with it without carrying ink around. It is revolutionary.

George submits a an application to the Patent Office. The application describes the problem (messy ink), describes the solution, includes drawings of how a pencil is constructed, and ends with a claim as follows:

a cylindrical rod of wood having a first and second end, the rod having a hollow core; and

a material for making a permanent mark on paper filling said core in said rod at least at said first end.

The examiner carefully reads the application, scans the prior art, and concludes that this is novel. She grants George a patent. George now has the patent right to exclude anyone from making a pencil as he has claimed it.

Fred (another inventor) starts using pencils and sees a problem with them. Sure, they can be carried in your pocket; they eliminate the mess of ink. But they still leave a permanent mark and if you make a mistake it still requires a do-over. Fred notices that this graphite stuff is not permanently bound to the paper so he retires to his workshop and invents an eraser.

Fred files a application in the patent office. The same examiner gets it. Fred describes the problem – the current pencil leaves permanent mistakes. He describes his solution – an eraser attached to one end of the pencil. He includes drawings of how to construct it and ends with a claim as follows:

The Pencil With Eraser Claim

a cylindrical rod of wood having a first and second end, the rod having a hollow core;

a material for making a permanent mark on paper filling the core in said rod at least at said first end; and

an eraser mounted on said second end of said rod.

And in the body of the patent Fred is careful to define and describe what an eraser is. But you will notice that Fred’s claim is George’s claim with one additional element – the eraser mounted on one end.

What does the examiner do – does she grant Fred a patent? The answer is probably yes. Unless she finds written evidence that someone else has developed an eraser for a pencil.

1.    A patent does not necessarily give you the right to manufacture or sell your invention.

2.    It is possible, in fact common, to get valid patents by adding just one element to a patent claim. George’s patent is often called a parent patent – Fred’s is a child. A parent patent can have many children. The parent tends to dominate.

4.    Was Fred foolish to patent? Not at all. His patent right could be important. If his invention is valuable he can do a number of things. For instance, Fred could meet with George, show him his pencil with eraser and point out to him that he could sell 3 times more pencils if they had erasers on them. So a negotiation could take place in which Fred gives George an exclusive license for pencils with erasers in return for getting 5 cents for each one sold. Then George would revamp his factory, make really valuable pencils and expand his business greatly. Fred would then retire to Hilton Head and play golf, free of any worries of capital expenditures, inventories, and grouchy employees. So the patent right was very valuable to Fred.

There are of course other possibilities. There could be cross licensing, in which both George and Fred could end up in the pencil business competing with each other but with royalties being paid.

How Claims are Written

Another teaching of this parable is how claims are written. Note the claims exhibited above. All claims have essentially the same structure as follows:

A preamble: A writing instrument

Followed by a number of elements:

a cylindrical rod of wood having a first and second end, the rod having a hollow core;

a material for making a permanent mark on paper filling the core in said rod at least at said first end; and

an eraser mounted on said second end of said rod.

The transition phrase “comprising” has a very specific meaning in patent law. It means “including at least”. So a patent claim such as George’s with only two elements is a broad and strong claim. It claims a writing instrument including at least only two elements. But it also covers all pencils with more elements because it claims at least the first two elements. A later pencil can have many other things added to it but it still falls under the description of George’s claim. That is why it captured Fred’s pencil with an eraser.

One simplistic way of viewing claims is that claims with few elements are strong with respect to catching potential infringers. As more elements are added the claim is weakened. But as more elements are added the claim is more likely to be valid – because it gets around more prior art. Fred’s claim is valid because it got around George’s patent by adding an element. In a well-developed field you will see claims with many elements – even as many as 6, 8. or 12. The next time you pick up a patent see if you can identify the preamble, the transition phrase, and the elements.

A disclaimer on the parable of the pencil. While I like the parable of the pencil because it is a nice and simple illustration of many aspects of patents, including the patent right – the pencil actually preceded the U.S. Patent Office. Pencil like devices using lead were known in ancient Rome. Graphite for marking came into use in the late 1500’s and mass produced pencils were made in Germany in the 1600’s.